It’s blatant how much smart phones have become engraved into our society. According to Pew Research Center, over 86% of Americans now own a smartphone. This is phenomenal, because it was just 35% in 2011. Since 2011 smartphones have improved significantly. They’ve gotten so much smarter since 2011, that they should be called genius phones. Seriously, we
can say something out of the blue and tell it to do something without pushing any buttons. In 2019, phone cameras have become so high quality, that you can’t tell the difference between an iphone camera and a professional Canon camera. Phones are capable of being looked at by just looking at them. We can even use one smartphone to charge another. I don’t think that we realize how great technology has become and becoming. Opening your phone with your face would seem almost crazy in 2011 to the average consumer. Now, you don’t want a phone that doesn’t have that feature or on one close to it. Since 2011, however, some phone companies have had more success than others. One of those companies is the tech giant, Apple. The company became the first American public company to hold a value of $1 trillion in 2018. Apple has released an iPhone every year since the first iPhone was released in 2007. But here’s an important question: Why Apple? Let’s see why iPhones are at the top of the list when it comes to smartphones. The following points are not ranked in order in any way.

1. The way they look. If there’s one reason I think iPhones are so popular is because of their visual appeal. Apple changed the industry when the first full touchscreen smartphone was released in 2007. Any major manufacturers noticed the change and haven’t looked back. Before, the major phones had keyboards with buttons that were too small. The screens were small and low quality. The idea of flipping/sliding open your phone was worn out on many people. (Flipping phones are back!) Then Apple released the revolutionary iPhone. How could people not gravitate towards it. Plus, Apple at this point had a good track record of useful products with innovative designs like iPods and Macintosh computers. The iPhone was no different. And Apple continued to push a product out that was beautiful with minimal design flaws. (Until they removed the audio jack.) Now, we’re in the generation of the iPhone 11. It’s not as visually appealing to me as previous generations, but it’s definitely worth noting for its matte-type glass on the back and multi camera setup. Samsung may have taken over visually with the Samsung Note 10. That phone is beautiful. Yet, Apple most definitely defeated Samsung all the way up to this point.

2. iPhones have become the standard phone in today’s culture. Maybe Nokia was the standard at the beginning of the 2000’s, but things changed when the iPhone was released. The entire country became obsessed with it. Every popular celebrity had to have it; it was replicated in movies & television frequently. This popularization is a huge part of Apple’s success. Everyone knows at least one person with an iPhone. That’s a surreal statement, but it’s true. iPhones are a staple of American culture. In a sense, I believe the iPhone has been perceived as really special, but very normal and common too. It’s the sweet spot for smartphones. The iPhone experience is so unique, yet everyone is able to share that experience. Apple found the sweet spot.

3. Besides the looks and marketing appeal of iPhones, I have to give credit where credit is due. iPhones are great phones, and they wouldn’t have made it to 1 trillion without a good product. Don’t get me wrong, iPhones do have some major cons about them, but overall, they’re good smartphones. The first thing I’d point out is their security. iCloud is a great way on iPhones to secure the data on an iPhone. The iCloud makes them almost impenetrable to get in. This means it’s incredible difficult for someone to get access to your phone and data. Especially, security of data. With an iPhone you don’t have to worry about your device getting a virus as much as other phones. 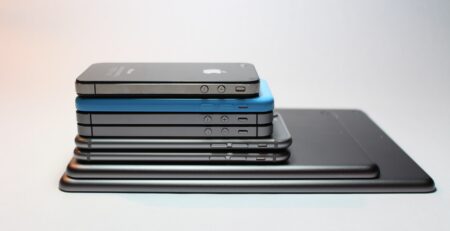 Although it might seem like a good idea to upgrade your gear every year, here's why you should think... read more

Saving data has become more and more important as the age of information urges on. People have increased the... read more 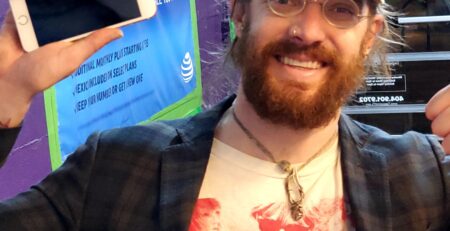 - Our College Park store is located conviently right across from the collge park Marta Station. Once a customer... read more

We’re a phone and computer repair company. We understand that devices crack sometimes. And if you’re not good with... read more

We’re a family-owned and -operated electronic repair shop located in the heart of the East Atlanta Village. We’ve been problem-solving since 2014!